Do I Need a Collision Deductible Waiver? 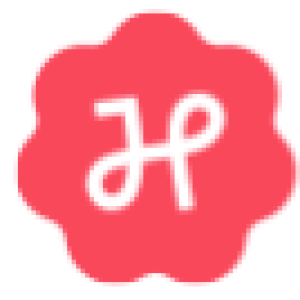 Actor Kevin Bacon said that fame is a double-edge sword. That may be true, but most of us have more down-to-earth problems to deal with, like insurance deductibles. And if there ever was a blade that cuts two ways, it’s that deductible. Way back when you were buying the insurance, you may have opted for a higher deductible to keep your rates as low as possible. But when something bad happens, that higher deductible cuts deep — especially when the damage wasn’t even your fault.

The good news is, you may not have to get caught off-guard by a high deductible on your car insurance. There are strategies to lock in lower premiums and minimize your deductible at the same time. One option, depending on where you live, might be a collision deductible waiver.

As you might guess, collision deductible waivers only apply to the deductible on your collision coverage. Your collision insurance pays for damages to your vehicle resulting from an accident. That accident could involve another car or even an object, like a tree or mailbox. Or the accident could result from you swerving to avoid something in the street. Say you’re driving on a two-lane road at night, and a deer runs in front of you. You pull the steering wheel right, lose control, and end up in a ditch roadside. The resulting dings and dents to your vehicle would be a collision claim. Interestingly though, if you hit the deer, it would likely count as a comprehensive claim instead.

Collision can also cover damage to your car that’s caused by someone else. Normally, the at-fault driver’s liability coverage pays for repairs to vehicles damaged in an accident. But when that at-fault driver has no insurance or doesn’t cooperate, you can file a collision claim with your insurer to get your car fixed.

When is collision insurance required?

Collision insurance nearly always has a deductible, and $500 is a common choice. Some insurers offer $0 collision deductibles, but the premiums are so high that it’s not really an option for most drivers.

Typically, if another driver is at fault, the expense should be covered by the other driver’s liability insurance. Your insurer should go after the at-fault driver to cover the cost of your repairs. If that effort is successful and the insurer recoups some cash, you may be refunded some or all of your deductible. Unfortunately, that process takes time and the outcome is uncertain.

If you have a deductible waiver in place, you can get your car fixed without paying upfront and then waiting to get reimbursed.

Where can I get a collision deductible waiver?

A California Deductible Waiver, or CDW, specifically eliminates your deductible when your insured vehicle is damaged by an uninsured motorist or you are the victim of a hit-and-run. You pay for this option, but the cost is low — it should be less than $50 for your policy term.

In Massachusetts, the collision deductible waiver eliminates your out-of-pocket expense when your vehicle is struck by another driver who has been identified. The incident might involve you getting rear-ended or being hit by a driver who’s later convicted of driving under the influence. Basically, if you’re less than 50% at fault for the accident and the other driver has been identified, the waiver kicks in and your car repairs shouldn’t cost you anything.

Because of the stipulation that the at-fault driver must be identified, you’ll still have to pay the deductible if you are the victim of a hit-and-run. But you won’t if the driver is known, regardless of whether that driver has insurance or not.

As shown in the table below, 17 states require uninsured motorist coverage. Two states, South Carolina and Virginia, mandate a $200 deductible on this coverage. You cannot get a waiver for these deductibles.

*South Carolina and Virginia have a set deductible of $200 on uninsured motorist property damage coverage.

Other states strongly encourage you to carry uninsured motorist coverage, by requiring insurers to offer it to you. You can reject or waive these protections, but you often have to do it in writing. Deductible waivers are less common in these states as well; where available, they typically apply to very specific situations, such as windshield repair. Illinois, Texas, and Georgia mandate a minimum deductible of $250 on your uninsured motorist coverage.

*Illinois, Texas, and Georgia have state-defined deductibles for uninsured motorist coverage. In Illinois and Texas, the deductible is $250. In Georgia, you can choose a deductible of $250 to $1,000.

Kansas, Mississippi, Ohio, and Oregon do not require uninsured motorist property damage coverage, nor do they have a state-defined collision deductible waiver.

When is collision insurance required?

Some insurers build waivers into your coverage as value-adds, rather than paid-for upgrades. Since these are defined by insurer, they vary widely from one policy to the next. Three of the more common scenarios are defined below — read your policy documentation to find out if any of these apply to you.

More Ways to Reduce Your Deductible

The collision deductible waiver sounds promising as a means of rounding out your auto coverage. But in its official form, this feature isn’t widely available and only helps you in very specific situations. If you’re motivated to keep your out-of-pocket car repair costs low, there are better strategies, such as:

Conclusion: Should I Buy a Collision Deductible Waiver?

In other states, ask your insurer what options you have to keep your deductibles low. Your policy may waive your deductible in certain situations, which is great. Unfortunately, those situational waivers may not be enough to prevent you from reaching into your own wallet to pay for repairs.

If you don’t keep the cash on hand to cover, say, a $1,000 deductible, your best strategy is to accept higher premiums for lower deductibles across the board. Unfortunately, that’s the double-edged sword in play. You may not like the idea of paying more upfront, but you’ll appreciate that lower deductible when it’s time to file a claim.

Security you can trust

Yes, we have to include some legalese down here. Read it larger on our legal page. HonestPolicy Inc. (“HonestPolicy ”) is a licensed independent insurance broker. HonestPolicy does not underwrite any insurance policy described on this website. The information provided on this site has been developed by Honest Policy for general informational and educational purposes. We do our best efforts to ensure that this information is up-to-date and accurate. Any insurance policy premium quotes or ranges displayed are non-binding. The final insurance policy premium for any policy is determined by the underwriting insurance company following application. Savings are estimated by comparing the highest and lowest price for a shopper.